In this Photoshop tutorial, we’ll take an in-depth look at how to retouch your photos with Photographic Toning Effect in Adobe Photoshop CS6.

The Photographic Toning Effect tutorial is the best way to improve your Photoshop retouch skills to make your photo more attractive look. Photoshop CS6 comes loaded with 39 presets to simulate tinting and split-toning effects. This technique is widely used in photography and print media field. Here you will learn all about Split Toning, Tinting and Blend Mode.

Step 1 : Open a photo you like to use in Adobe Photoshop CS6. In this tutorial, I have used the below photo.

Step 3 : Now a new Gradient Map layer has been added above the photo layer.

Step 4 : In the Properties panel, you can find the “Gradient Editor“, which has many presets of gradient color and this can be seen on clicking the “drop-down arrow” at the right side of the gradient preview bar. Here you can find many different gradient map with their names.

Step 5 : Click on the small gear icon in the top-right corner of Gradient Editor. It will show multiple options, now select the “Photographic Toning“.

* Tinting effect – It replaces all the tones of the image with single color mode toning option. It add a single tone color to monochrome images, like a copper, gold and more. It starts from Platinum to Copper 1.

* Split Toning effect – It replaces all the tones of the photo with two different tones: the highlight area a certain tone and the shadows another tone. It’s an effective way of adding split tonal effect to your photos. It starts from Sepia-Selenium 1 to Cobalt-Iron 3.

Step 8 : The photo with tinting effect with Sepia 5 look like my example below.

Step 9 : Double click on the Gradient Map icon in the properties panel to re-open and edit the tinting presets. Here’s how it will look with the tinting effect with Selenium 2.

Step 10 : Let’s use the “Split Toning effect” on our photo. Here I have used the gradient tone effect “Cobalt-Iron 1″.

Step 11 : And here we can see the “Gold-Copper” effect, with the lighter areas toned with gold and the darker areas with copper.

At this point, we’re done with our Split Toning.

Step 12 : As a final step, let’s change the blend mode of the “Gradient Map” layer from Normal to Soft Light. The Blend Mode option is found in the Top-Left corner of the layers panel.

Note: Soft Light is a softer version of Overlay. Darkens or lightens the colors, depending on the blend color. The effect is similar to shining a diffused spotlight on the image.

Step 13 : And we are done!  Here’s my final photo after changing the blend mode to Soft Light.

Step 14 : Here’s the comparison between the original and the final photo.

I hope you enjoyed tutorial and learned new technique in photo retouch! 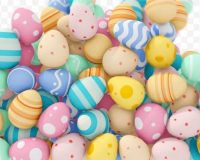 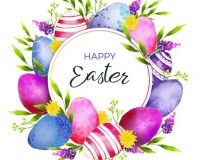 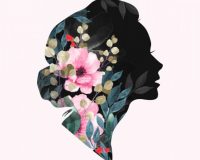